Not sure what engagement ring style to choose? Take this quiz and get a chance to get an additional $500 credit.

We offer only GIA-certified diamonds. Diamonds certified by other labs must be recertified to determine their real color/clarity grade.

Color and clarity determine a diamond’s value only if it’s a grade assigned by the GIA.

There is no government-mandated standard for diamond grading. Primitive trade jargon of the past gave way to a universally accepted grading system developed by the GIA. Letters from D to Z are assigned to color grades. Clarity grades are grouped into several tiers with abbreviated names – FL, VVS, VS, SI, and I. However, the standards by which the grades are decided do vary from lab to lab.

For example, a diamond that the GIA grades as a G-color could be graded as an E-color stone at a different lab. The astronomical price difference between each color/clarity grade makes it very tempting for a crooked jeweler to certify a diamond at a gem lab other than the GIA. The inflated color/clarity grade allows the misrepresentation of a diamonds’ value without any legal repercussions.

There are a few reputable gemological labs besides the GIA. However, the GIA is considered to be the gold standard for diamond grading. Any reputable jeweler or dealer will attest to that.

The GIA is a giant of the gem world. Over 90% of diamonds are graded by its labs, which are spread all over the world. GIA grades set the standard by which all other labs attempt to operate. The GIA provides the only certification taken at its face value by members of the diamond trade.

Buying a diamond that is not accompanied by a GIA certificate is a serious mistake. You can quickly learn the importance of a GIA certificate when you need to liquidate your stone. A non-GIA certificate or, even worse, an “in-house” appraisal provided by the jeweler who sold you the stone is worthless and not accepted at face value.

There are many compelling reasons to choose a GIA stone :

Trying to sell a stone without a GIA certificate will result in substantial monetary loss. The GIA is not just a gem lab. It’s a research center, as well as an educational institution. The GIA’s diploma program offers the most respected gemological degree in the world. For the sake of full disclosure, Maestro Mege graduated from the Gemological Institute of America in 1991 with a Graduate Gemologist degree, and he is a member of the GIA Alumni Association.

EGL’s certificate is not worth the paper it’s printed on. The lab lost all of its credibility a long time ago. The stones graded by EGL are banned from trading networks. 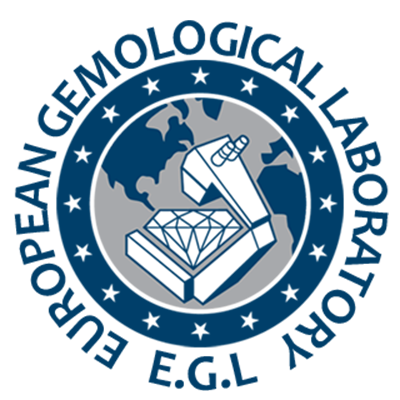 An experiment conducted in 2008 resulted in EGL grading a one-carat K/SI1 diamond as G/VS1, a difference of more than 50% in value. Both the GIA and IGI had the diamond graded as K/SI1.

The American Gem Society was founded in 1934 as a trade group of jewelers, appraisers, and dealers. However, it was not until 1996 AGS started to grade diamonds that they omit from all official publications using 1934 instead. AGS bills itself as an established lab, but they are far from it.

AGS’s lax grading standards are despicable. They are neither reliable nor consistent. A diamond graded as G by AGS is likely to be an I-color by the GIA standards. Some vendors actively exploit the resulting over-grading to increase their profit margin. A network of online trolls and fake bloggers are allegedly getting kickbacks for aggressively promoting the virtues of AGS stones.

More about the ASET scam by AGS exposed by Leon Mege. The ASET is a gizmo most professionals have never even heard of. Pure marketing with zero substance. An AGS grading report itself is designed to deceit. It shows the GIA grading scale, which falsely implies that the grades are compatible. They are certainly not.

HRD strictly adheres to GIA grading standards. In most cases, an HRD grade is considered to be a GIA equivalent. This well-respected and reliable lab is run by the Antwerp World Diamond Center and is located in Antwerp. They also follow grading rules set by the International Diamond Council.

HRD grading reports have an exclusive security feature – microprint visible only in UV light, protecting it from counterfeits.

The International Gemological Institute was established in 1975 in Antwerp. It has a relatively small impact on the diamond industry, particularly in the USA. Its certification is not overly reliable. However, IGI got an early start on grading lab-grown diamonds. The IGI certificate currently accompanies most lab-grown diamonds.

GCAL was founded in 2001 in New York City. Since their share of certificates in the marketplace is negligible, there is no reliable data on their ability to grade stones according to universally accepted standards.

CGL turned out to be not Ceylon Gem Laboratory, not Colorado Genetics Laboratory, and not even Chanthaburi Gemological Laboratory. It’s Central Gem Laboratory Co., Ltd., located in Japan. The lab is hardly known outside of Japan. They do offer an online certificate check.

Gemological Science International is an innovative lab with offices in India, Africa, and the US. Unfortunately, the only innovation is their VirtualVault™ or, in simple terms, a one-time fee of $35 for the right to access a picture of your certificate online.

The rest of the gem labs on this list are better described as appraisal services with better equipment. The value of these diamond certificates is zero, just like those in-house certificates issued by jewelry stores themselves.